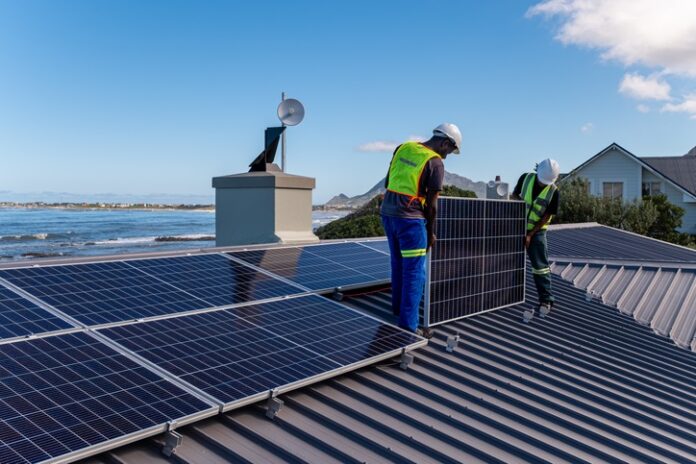 Pioneers around the world have been developing technology at breakneck speeds. The same can be said about solar energy too! The sun shines through most of the day in Australia and around the world. Despite the constant innovation in the solar industry, there is a lot of untapped potential still waiting to be realised.

However, the latest solar technologies have caused the costs to drop much lower, thus, allowing many individuals to afford it. There are many reasons why solar energy is already prominent in the present.

Solar panels Melbourne is helpful to homeowners and businesses to function off-grid and drop the reliance on traditional fossil fuels. These fuels are a major cause of pollution and damage to the environment. What’s more, being a non-renewable resource, it will be exhausted in the future.

Many people realise that solar energy is the way forward. By investing in solar, they do not have to depend on the government  for electricity. Solar energy is capable of providing enough power to allow devices to function as they normally would.

The increase in costs does not affect solar energy systems either. Hence, it is now a thing for the present since people have realised the many benefits of solar panels.

2. Beneficial for the environment

Ever since individuals and businesses have realised that apart from solar energy benefiting them, it is beneficial for the environment too, they have been investing in it. Solar energy is an excellent natural resource because:

Since solar energy is very freely available, it can be installed almost anywhere if you have space such as:

The electricity created from the power of the sun is more sustainable, clean and also highly cost-effective.

Sunlight is a sustainable and free source of natural energy which can provide unlimited electricity forever. In comparison to fossil fuels, solar energy from the sun is inexhaustible. People are investing in solar systems for their indoor and outdoor spaces now so that they can receive the benefits from it in the long run. Using solar energy:

Solar energy can be used to provide cooling and heating according to the weather making it worthy to invest in.

4. Barren land can be productive too

There are plenty of barren lands which are not utilised around the world. Since people now understand the benefits of Solar panels Melbourne, they are increasing productivity by using barren land to make a positive change. Installing the photovoltaic panels also increases the value of the underutilised land. Now, this has led to the creation of solar farms. Features of solar farms include:

Traditional electricity is first generated at industrial power plants before it reaches the consumers through various methods. Electricity can get lost during the transportation process as it is transferred through cables which are prone to damage due to external factors.

Instead, installing photovoltaic systems on rooftops and barren land minimises this loss by converting sunlight into electricity. Thus, solar systems are reliable and help in reducing the dependency on the main grid which leads to a minimal amount of downtime.

Solar cells are mini power plants for buildings and other properties. Depending on the area it covers, it can create enough electricity to power all the electrical devices in proximity. Using this clean source of energy:

Solar Energy In The Future

According to the latest trends in the solar industry, it is only set to become cheaper since it is still gaining popularity. By 2030, it is expected to be the most prominent source of electricity in the world. Due to efficient competition, even more efficient modules are being developed which will have a huge positive impact on the market.

Currently, expensive materials such as silver and silicon are used to manufacture the solar cells. Newer innovations of different materials will see these costs coming down too.

The drop in costs of solar energy has made it affordable to everyone. The benefits a homeowner or business can receive from solar energy greatly surpasses the benefits fossil energy gives them. Solar energy is the future too as it helps improve climatic conditions too.

Solar Energy Is Now The Present. Here Are Top Reasons Why!

How to Choose the Right Bathroom Vanity Units